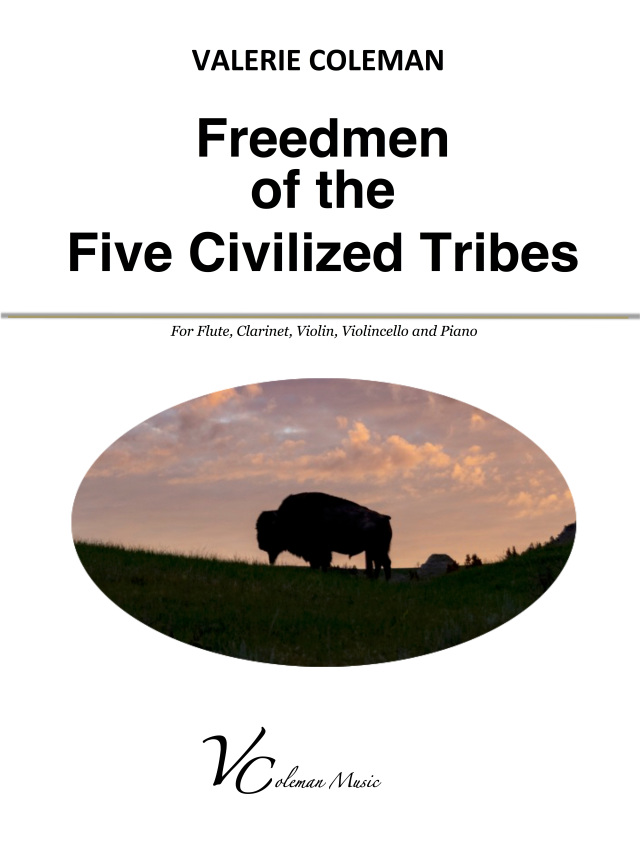 Freedmen of the Five Civilized Tribes (PDF Download Only)

Freedmen honors the legacy of Native Americans and former African slaves (adopted into Native American tribal membership through emancipation or marriage), who traversed the Trail of Tears. African-American descendants with Native American ancestrywere later cast out of the government’s National Registry, denying their right for land and other benefits. Still, they fight for their rights even today. The history of what is referred to as the Five Civilized tribes (the Chickasaw, Cherokee, Creek, Seminole and Choctaw nations) and their relationship with the Freedmen resonates within me as it is a true merging of cultures, sometimes clashing with aggression, but more than often melding into a soulful exchange.